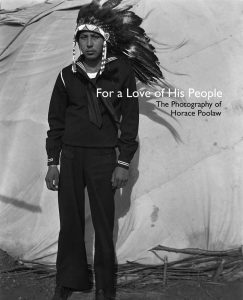 Curators for the 2014 exhibition For the Love of His People: The Photography of Horace Poolaw at the Smithsonian’s National Museum of the American Indian (NMAI) in New York City invited me to submit two chapters for the accompanying catalogue.  Following the launch of the catalogue and the exhibit’s opening, the NMAI staff asked me to participate in a public conversation and book signing event (November 2014) with Linda Poolaw, Horace’s daughter.   https://newsdesk.si.edu/releases/love-his-people-portrays-20th-century-oklahoma-black-and-white